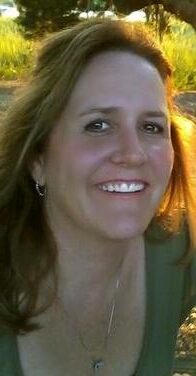 Jeannie Champlin spent 18 years with a realty at the beach before opening Oyster Creek Properties rental business this spring (Provided).

In naming her new real estate venture, Jeannie Champlin went with the familiar. She picked the title Oyster Creek Properties. "Everyone in the Lowcountry knows oysters," Champlin says. And, she lives in a West Ashley community that happens to be on Oyster Creek. The two-month-old venture will specialize in managing and leasing houses, townhomes and condominiums on a long-term basis, typically a year.

"I do not do sales," she says. It will also assist community associations with decision-making and regulatory advice. "I'm just excited to be my own boss," Champlin says, adding that she's developing scores of contacts to get the business up and running. "I have a lot of experience dealing with people."

Raised on James Island, Champlin landed a job with Island Realty in 1995, just before graduating from the College of Charleston. She stayed at the Isle of Palms company until earlier this year, helping to expand the side of the business that handled longer-term leases rather than vacation rentals. "I took on 70 properties and grew the department to include 330 properties," she says.

Meanwhile, she helped launch a new part of the agency's business advising community associations, eventually overseeing eight neighborhood or homeowners groups. She had a five-person staff at Island Realty.

She's considered going out on her own before, but the idea became more focused after 18 years with the beachside realty. "I thought it was time to move on," Champlin says.

The real estate professional is starting up Oyster Creek Properties as she and husband Brian Champlin raise their three-and-a-half-year-old son Sullivan, whom they call Sully.

Her husband is in the property maintenance business, starting Osprey Maintenance Company eight years ago.

Jeannie Champlin says it's easier for her to help raise Sully working from home as opposed to commuting to and from the Isle of Palms every day. The couple also have relatives and close friends who pitch in.

To a large extent, Champlin has had to start from scratch. The efforts include launching a company website and obtaining a Property-Manager-in-Charge license.

"I'm trying to reach my clients just to let them know what I am doing," she says.

At Island Realty, her business zeroed in on the East Cooper area: Isle of Palms, Sullivan's Island and Mount Pleasant. That's changed with Oyster Creek Properties. "I am focusing on West Ashley and the Summerville area," Champlin says, adding that she can also list rentals in downtown Charleston and expects to return to East Cooper at some time in the future.

"I'm offering a very competitive rate for the first clients who sign up," she says.

Champlin works at least some of the time out of her home. But she also rents an as-needed "virtual office" through Regus USA off Interstate 526 near the Ashley River.

"Initially it's going to be me," Champlin says. Any staff would come later, "depending on how fast my business grows." She acknowledges being "a little" nervous starting out but, "I have a lot of faith. I know the Lord will take care of things."

According to Champlin, she brings such attributes to the job as good communication with clients, respect for homeowners and tenants, promoting ties with HOAs, and providing advice on courses of action.

Champlin has lived in the area her whole life. "I absolutely love Charleston. I'm so blessed," she says. She went to James Island Middle and High schools and lived at home when she attended the College of Charleston, earning a Bachelor's degree in business administration.

To earn her way through school, she worked as a waitress and bartender at Annabelle's restaurant in Citadel Mall. As it turned out, one of her customers dealt with Island Realty on a rental property and knew the agency was looking for new people. She interviewed and was hired "on the spot," she says.

"I like managing property and I work well with numbers and budgets."

In their spare time, the Champlins fish and play tennis — gradually introducing their son to the game.

Jeannie Champlin's grandmother is Faye Rigsbee, an active member of the Charleston Tennis Center who helped Charleston gain recognition as top tennis city in the U.S.

Champlin says she's made progress with Oyster Creek Properties in just a couple of months. "I expect to get it off the ground in five to six months. I think I will have a portfolio of properties by that time."